Partnering with credit unions to transform their future. 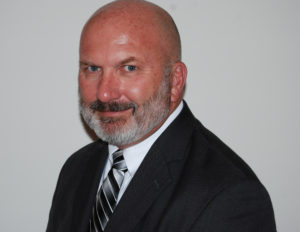 David Clendaniel is an inspirational and strategic leader that translates business strategies into programs and products to improve the quality of life for members, employees, and community. After being raised in a credit union family, Mr. Clendaniel began his career in a small community bank and progressed through various leadership levels and banks before returning to credit unions. He served in a leadership capacity at Dover Federal Credit Union for more than 27 years, 20 as the CEO. Mr. Clendaniel has been extremely active in working with Delaware’s Congressional Delegation on credit union legislation and regulation. He has served on the National Credit Union Administration’s (NCUA) Field of Membership (FOM) Work Group which formed the historic regulatory improvements of 2017, the Legislative Committee of the National Association of Federal Credit Unions (NAFCU), the Credit Union National Association’s (CUNA) Federal Credit Union Subcommittee, and the Legislative Affairs Committee of the Central Delaware Chamber of Commerce. Mr. Clendaniel is also very involved locally, having served on the Greater Kent Committee, the Board of Directors of the CenDel Foundation, where he was a founding Board Member and past president. In addition, he has served as a member of the Federal Reserve Bank of Philadelphia Credit Union Council, the Research Council for the Filene Research Institute, Executive Board of Directors for USO Delaware, and past Chairman of the Central Delaware Chamber of Commerce. Other local activities include stints as an Honorary Commander for the 436th Operations Group, 9th Airlift Squadron, Mission Support Squadron, coach for various youth sports and a YMCA/USA Certified Swim Official.

An expert in the delivery of exceptional member service, enhancing profitability, abating risk, business lending and developing strategic initiatives, Mr. Clendaniel, is now providing credit unions with his expertise to assist them in transforming their future.

Mr. Clendaniel holds degrees from both the University of Delaware and Delaware State University. After attending the Credit Union Executive Society (CUES) CEO Institute, he earned the designation of Certified Chief Executive (CCE) in 2004.